Join us in creating a Healthy Ulster County!

Teen Suicide: Understanding the Risk and Getting Help 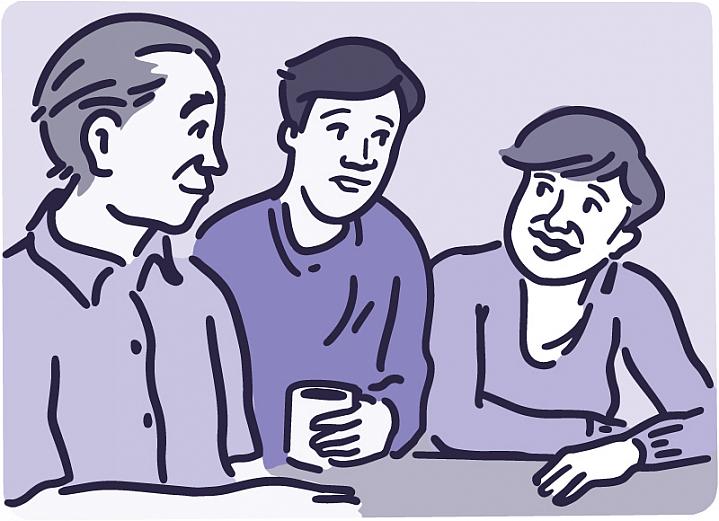 Teenagers have their whole lives ahead of them, they’re often told. The idea that a teen could be thinking about ending that life might be hard for their friends, families, or other people in their community to believe.

But the risk of suicide should be on the radar of anyone who interacts with teens, says Dr. Jane Pearson, a mental health expert at NIH.

The rate of teen suicide has increased over the last decade. Suicide is now the second leading cause of death for teens and young adults in the United States.

Experts don’t know why this rate has been rising. But NIH-funded researchers are working on better ways to find and help teens who are thinking of suicide.

“There are some very effective treatments for youth who are suicidal,” Pearson explains. “We’re trying to figure out how to make those treatments more accessible for more youth.”

Many things can increase the risk of suicide in teenagers. One major risk factor is experiencing a mental health issue like depression, anxiety, or trauma. Most people who die by suicide have struggled with a mental health condition.

Other risk factors include a family history of suicide, violence, or substance abuse. Teens also experience many stressful life events for the first time. These can include a breakup with a romantic partner, trouble at school, violence, or conflicts with friends.

“Teens don’t have the life experience to know that these things will be temporary, that they’ll get through it,” Pearson says. And they might think they’d rather be dead than feel the way they do at that moment in time, she adds.

Persistent misunderstandings about suicide can also keep teens from getting the help they need, adds Pearson.

“Many people think that a teen talking about or attempting suicide are so-called gestures, or cries for attention,” Pearson explains. They don’t think that the teen is in real danger.

“That’s definitely a myth,” says Dr. Cheryl King, a suicide-prevention researcher at the University of Michigan. “If someone has been repeatedly suicidal or talking about it for a long time, that should have us more concerned rather than less concerned.”

Some of the warning signs that a teen is thinking about suicide are talking about wanting to die, feeling hopeless, or being trapped or in unbearable pain (see the Wise Choices box for more signs).

If you are concerned about a teen who may be thinking about suicide, start a conversation, says Dr. Joan Asarnow, a suicide-prevention researcher and clinical psychologist at the University of California, Los Angeles.

“A conversation can just start with ‘are you OK?’ or ‘is there something that feels like it’s too big of a problem?’” Asarnow explains.

Pearson recommends that people start these conversations early, when they first start to feel that something’s wrong with a teen. “It’s going to be easier to help somebody before they’ve really decided on a course of action to kill themselves,” she says.

But many teens have suicidal thoughts that go unrecognized. King and other NIH-funded researchers are studying ways to better identify teens at risk of suicide.

King is testing a new method to screen teens who come into hospital emergency rooms for suicide risk. While most teens don’t see a mental health specialist, she says, “roughly 1 in 5 goes to the emergency department at least once a year. So, it’s a particularly good place for suicide-risk screening.”

This is especially true because risk-taking behaviors such as substance abuse and dangerous driving can land teens in the emergency room, King explains. And teens who engage in such behaviors are at higher risk of suicide.

Other researchers are looking at ways to use technology to identify when teens already known to be at risk of suicide are most vulnerable. For example, one team is testing whether smartwatches can detect when teens’ emotions are affecting their body before the teens themselves feel distressed.

“New technologies may provide us with a way to intervene at the moment where the kids really need it, without depending on them to reach out on their own,” Asarnow explains.

Treatments are available that can help teens at risk of suicide. “Underlying mental health issues like depression and trauma are treatable conditions, and there are ways we can help youths with these troubles once we know about them,” says King. Talk therapy and medications can both be effective for many people.

NIH-funded researchers have also developed therapies that can help very high-risk teens—those who have already attempted suicide, sometimes more than once.

Asarnow and her colleagues recently showed that types of intensive counseling for teens and their families can reduce the risk of another suicide attempt by about a third. This counseling, based on treatments called cognitive behavioral therapy (CBT) and dialectical behavior therapy (DBT), teaches coping strategies and life skills.

Involving the family in suicide prevention seems to be more effective than just treating the teen, Asarnow says. Her program counsels and teaches parents as well as the teens in their care.

One thing any family can do to help protect a teen thinking of suicide is to talk with a health care provider about putting together a safety plan, she adds. A safety plan is a document the teen and trusted adults create together. It includes coping strategies and contact information for people who have agreed to help in times of crisis.

A safety plan also includes commitments from the family to keeping the teen’s environment safe, such as limiting access to medications and firearms.

The decision to harm oneself is often made in a split second. A safety plan “makes the best decisions the easy things to do,” Pearson explains. “The family wants that, and the teen wants that.”

If you or someone you know is thinking about suicide, you can call the National Suicide Prevention Lifeline at 1-800-273-TALK. You can also text “HOME” to the Crisis Text Line at 741741. Experts recommend both parents and teens store these numbers in their smartphones.

The more warning signs, the greater the risk of suicide.

·        Talking about feeling hopeless or having no purpose

·        Talking about feeling trapped or in unbearable pain

·        Giving away belongings, including treasured objects

Get your teen help from a mental health professional or call the National Suicide Prevention Lifeline at 1-800-273-TALK. You can also text “HOME” to the Crisis Text Line at 741741.

Sign Up for Healthy Ulster News/Event Updates (or Alerts)

We want to hear from you too!

Ulster County has a wealth of committed and talented individuals and organizations that
offer outstanding preventative health related products, services, programs and events.
This site is designed to bring all of those resources together in one comprehensive and
user-friendly place. It offers FREE listings (with certain terms and guidelines) to any Ulster
County business, restaurant, non-profit organization or individual who has something
valuable, of a preventative health nature, to share. It also offers useful preventative
health information from recognized sources throughout the nation and world.